About the Ohio Asian Awards 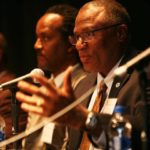 Celebrating The Diversity And Inclusion That Makes Ohio Great

The Ohio Asian Awards allows the Asian American Commerce Group of Columbus to recognize and celebrate outstanding local business, community, and elected leaders for their contribution to the vitality and success of the Asian American Community in Ohio. The event is organized by a dedicated committee of volunteers consisting of the AACG Board of Directors, Honorary Chairperson, Nominating Committee, and community leaders.

The Asian American Commerce Group (AACG) was formed in 1993 after the City of Columbus created a Minority Business Program that did not include Asian-American owned businesses. At the time, the Asian American community in Central Ohio was not politically active and mostly socialized among their own ethnic groups. The formation of the Asian American Commerce Group served as a catalyst to unite these distinct ethnic groups under one voice and increased their economic and political impact in the region. Culturally, AACG assisted the Asian Festival in bringing the Asian community together to create one of the largest Asian Festivals in the nation. In 2000, after years of lobbying by the AACG and the Asian community the City of Columbus extended the Minority Business Program to include Asian-American owned businesses.

The Asian-American Commerce Group (AACG) is a non-profit organization registered with the Secretary of the State and is staffed by volunteers. AACG was organized in July 1993 in recognition of the need for better communication among Asian American organizations in Central Ohio as well as the need for effective liaison between ethnic groups and the public sector. AACG has been providing leadership to many Asian American communities in Central Ohio, and serving as champion for myriad worthy causes in Ohio and beyond.